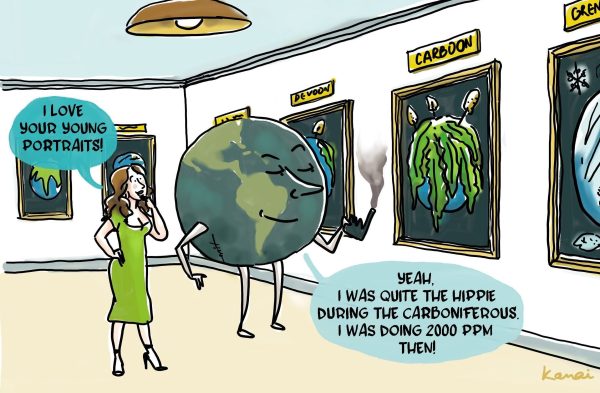 What is the difference between weather and climate?

Home > NomNomKnowledge > What is the difference between weather and climate?

What even is the difference between weather and climate? And what exactly are people in the field of sustainability talking about when they refer to climate change?

In this week’s Jargon Buster let’s dive into the terminology of the Earth’s Systems. The systems of the planet that we try to keep on our good side.

To explore what Climate Change is we first have to understand what Climate is and what the difference is between Weather and Climate. Weather is the state of the atmosphere from day to day, or sometimes even minute to minute. Weather includes elements like wind, temperature, cloudiness, rain and snow. Climate is what you would call the usual weather, in a certain season of a place (NASA). The Netherlands are cold and wet in the winter and slightly sunny and warm in summer. On top of local climates, we have the Earth’s Climate; this is the combination of all the climates around the globe.

When we talk about Climate Change we mostly talk about the changes in Earth’s Climate. We all feel these changes differently depending on where we live.

“Climate Change refers to any significant change in measures of climate, such as temperature, rain or wind, lasting for an extended period of decades or longer.

Most of the time in the field of environmental sustainability when we talk about Climate Change we’re not referring to the Natural Climate Change systems that have always altered this planet’s Climate. Instead, we’re referring to Human caused Climate Change; the result of human activities that change the composition of the atmosphere. The global atmospheric Carbon Dioxide (C02) levels increased from 280parts per million (ppm) pre-industrial revolution to 416.46ppm in March 2021.

This happens primarily by burning fossils foils to keep up with our consumption habits as well as rapid and extreme alternations of the land due to deforestation and urbanisation. It’s also disbalancing our other natural earth systems, land, water, earth and air (we will dive deeper into this later). As homo sapiens, we’ve crossed a line and are now altering the ecosystems of almost all living things, from small little buggers to big majestic elephants. And this is why people around the world started calling the time we live in “the Anthropocene”.

The word Anthropocene is a combination of two Greek Terms: ‘Anthropo’ meaning human, and ‘cene’ meaning new. The definition is widely used but still quite controversial among scientists as there is no consensus on when the Anthropocene started and if we are even still in it (yes no yes no yes no! Can you hear them?! That’s how scientists argue right?).

“The Anthropocene Epoch is an unofficial unit of geologic time, used to describe the most recent period in Earth’s history when human activity started to have a significant impact on the planet’s climate and ecosystems.”

It is widely accepted that we as human beings changed earth systems drastically and potentially irreversibly. The difficulty for us as a species is that we are changing the climate of the Holocene (the geological period stretching from 11.7000 years ago till now) that allows humans to thrive and prosper, into a new uncertain, hotter and more extreme climate, which is less or possibly even unsuitable for humanity.

“If you imagine the 4,500-billion-odd years of Earth’s history compressed into a normal earthly day, then life begins very early, about 4 A.M. but human beings only enter the stage at 2 minutes before 12AM of the following day.”

Bill Bryson, A Short History of Nearly Everything

Homo Sapiens impacted and changed the earth’s systems for centuries now but it compared in no way to the significant negative impact of the last six decades. Which, in the span of the Earth’s history, is just a mere few seconds. Our negative impact is rapidly increasing and if we don’t bring it to a halt it will continue to have catastrophic consequences around the globe. The question is not if we will act. The question is, how and how quickly? We can only bring this global crisis to a halt if we figure out how to live within the planetary boundaries.

In 2009, the Stockholm Environment Institute developed the Planetary Boundaries Framework The framework identifies nine planetary boundaries. Just to make sure we are on the same page. Planetary boundaries – does not refer to the Flat Earth theory and the idea that you can drop off the earth once you cross a boundary.

“The planetary boundaries mark the safe operating space for humans to both respect Earth’s ecosystems and remain a climate suitable for humans.”

We’ve already crossed the boundaries of two of those nine areas; biosphere integrity and biogeochemical flows, which launched us into the so-called zone of uncertainty and high risk.

Risking biosphere integrity in other words is biodiversity loss. The loss of biodiversity directly impacts other planetary boundaries, species and human beings beyond imagination due to the interconnectedness and interdependency of species.

The biochemical flows are strongly connected to Earth’s Natural Resources and can be divided into three categories; water, air and rocks. Humans are altering these flows by producing, consuming and distributing these resources. We can turn around the depletion and disbalance of the biochemical flows by redesigning how we live and consume.

We are rapidly pushing the boundaries of ocean acidification and stratospheric ozone depletion into the zone of uncertainty and high risk. That means we are changing the ecosystems and composition of the oceans and atmosphere to such an extent that it starts to (negatively) impact the ecosystems on earth that depend on the ocean and the air. And it is probably not to your surprise that this includes basically all ecosystems. To make the crossing of the planetary boundaries a bit more tangible the new economics foundation and the Global Footprint Network introduced “Earth Overshoot Day” in 2006.

Earth Overshoot Day marks the date that humanity crossed the limits of nature’s budget for a year. Meaning that the rest of the year we are using and polluting more natural resources then we can restore or naturally offset. We are living with humanity on borrowed time, borrowed from future generations, other species and ecosystems. Earth. In 2020 Earth Overshoot day fell on August 22. We can push back Earth Overshoot Day immediately by making certain changes in our lifestyle. Cutting back global meat consumption by 50% for instance would set Earth Overshoot Day, 17 days back.

We all have the responsibility to find ways to push Earth Overshoot Day, back to the first of January and then even further into Earth Giving Back Day. This will mark the day that humanity is giving back more then it takes!

Let’s push together, from destructive, to sustainable to regenerative! 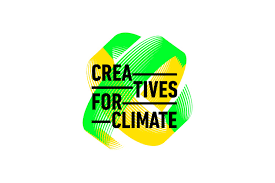 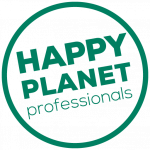