In last week’s jargon buster, we introduced the concept of a New Economy, and two models within that: Purpose Economy and Doughnut Economy.

But there are many more models and ideas challenging our current economic system and ways of operating! So let’s continue this exploration of new economic models and ideas and look at the ideas of the Circular and the Sharing Economy.

One of the ideas that’s gaining a lot of traction at the moment is the Circular Economy. Really, it’s almost impossible to read anything about sustainability and not find the concept of circular mentioned. And for good reason!

If you ask us, the shift from linear to circular is one of the fundamental mindset shifts we need to make on the way to a sustainable and regenerative world. Fortunately, circularity is not something abstract and conceptual, but quite tangible in its application. And, it offers lots of exciting new opportunities once you shift to this way of thinking! Wins all around!

Let’s start at the beginning as it’s important to understand the current system, which is linear. At the moment, our ways of operating follow a so-called “take – make – waste” logic. Meaning: 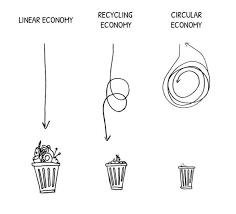 This linear economy is our current normal. And not just for plastics, as in the example, but for pretty much anything. If we don’t finish our food or it goes bad, we throw it away. When our phone is broken, we buy a new one and dispose of the old one.

Research shows that the world generates 2.01 billion tonnes of solid waste, per year. And in the US, the average person produces almost 2 kilograms of waste – per day!

By now, most of us are aware of the overflowing landfills everywhere, and plastics in rivers, oceans and on the beach. And most of us are also aware that our trash is causing massive problems. But with the global population as well as living standards rising, we are on course to generate even more waste.

What an inefficient system where so much value is lost! Because even though the phone itself doesn’t work anymore, it’s made with materials like aluminium, gold, and high-grade plastics that are often still in near-perfect state.

So why can’t we keep using those materials? Well, because the linear system doesn’t care, and doesn’t know how. Value in the linear economic system is created by producing and selling as much as possible. And nobody really cares about what happens after – because there is little economic value in waste. Recycling has added some, but to address our global waste issue – we need to shift our mindset to do more than recycling, and close the loop.

This is where the circular economy comes in. In a circular economy value comes from keeping materials and products in use, retaining and preserving value. This requires designing products differently, more sustainable production as well as new business models to unlock this value economically.

A circular economy is based on the principles of designing out waste and pollution, keeping products and materials in use, and regenerating natural systems. – Ellen MacArthur Foundation

The Circular Economy is based on three core principles:

In nature, waste doesn’t exist, and everything is a potential resource; food for something else. With the linear system, we have broken with this logic. How a product is designed, greatly determines the amount of waste it generates throughout its life and at the end of life.

As said, your phone is made from lots of valuable materials. What if we could keep those in the loop? That isn’t just about recycling at the end of their use, but it starts with how the product is designed in the first place, designing out waste and make it easy to repair, refurbish, or repurpose the materials. Contrary to most manufacturers, Fairphone designed their phones to be long-lasting as well as modular, so if one part does break – you can replace just that part instead of having to replace the entire phone.

Product as a Service

The most prominent revenue model in the Circular Economy is the Product-as-a-Service model. Selling bicycles? Why not turn it into a full-service leasing scheme. Make jeans? Why not offer the option to lease-a-jeans?

Ownership in this model stays with the producer, keeping them responsible for the functioning of the product. This allows (and requires) the value proposition to be laser-focused on the customer’s job-to-be-done and it can be sharp as a knife. No unnecessary features needed – which also means no materials used for those unnecessary things. That is a double win: cost reductions and better for the planet!

But hey, we’re only scratching the surface here; so we’ll dive deeper into PaaS (yay, another acronym!) and other circular business models later.

Where the Circular Economy looks at multiple levels to optimize and minimize use of raw materials, sharing is one of the core options aimed at keeping finished products in circulation. 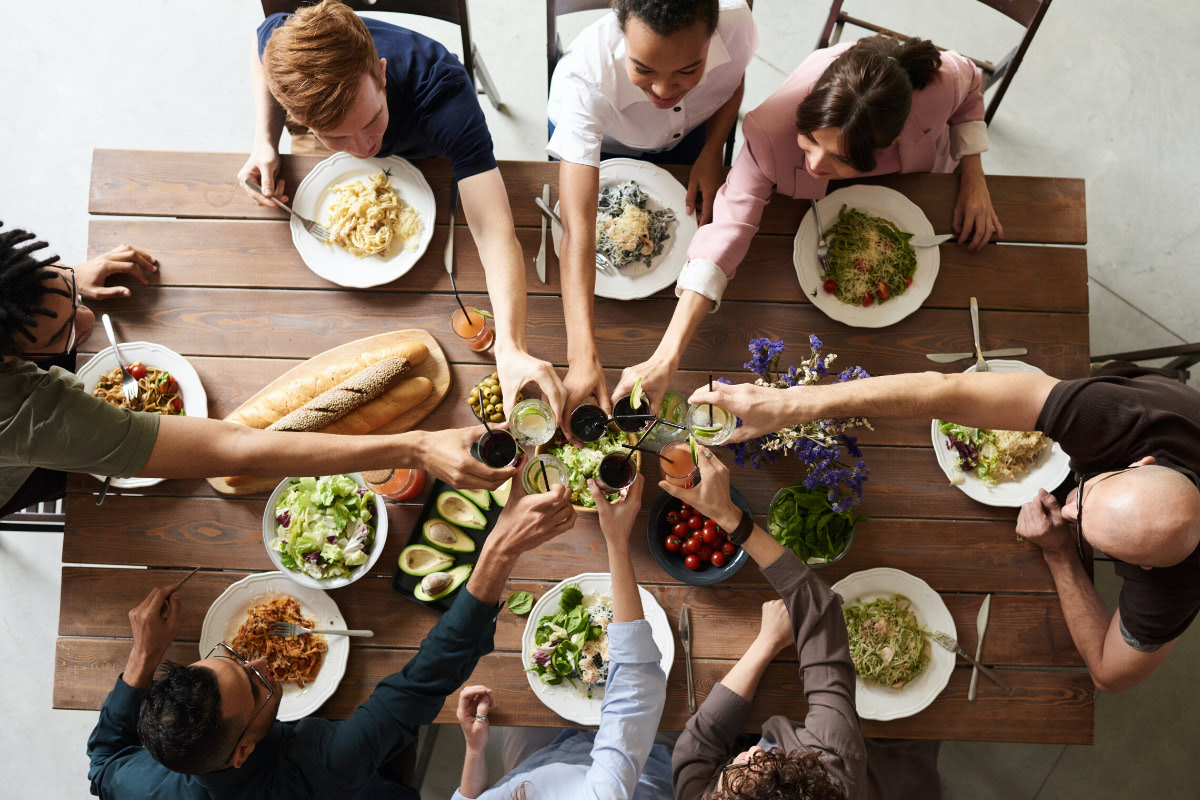 And of course, people have been sharing things with each other for thousands of years. But the internet has made it a lot easier for people to find each other. And on top of that, it’s allowed for the development of peer-to-peer platforms as a service business model.

This has led to the rise of a full-blown Sharing Economy. And don’t underestimate its size. The sharing economy is projected to grow from $15 billion in 2014 to $335 billion in 2025.

Sharing Economy: an economic system in which assets or services are shared between private individuals, either free or for a fee, typically by means of the internet. – Oxford Dictionary

Probably the most cited example of the sharing economy is Airbnb. All the unintended consequences aside – i.e. investors now buying apartments solely to rent out via the platform – in its original inception, it was intended for people to rent out a spare room, an air mattress, or their entire house while they were on holiday.

From a sustainability perspective, a better and well-established example is sharing transport. City bicycle schemes, and scooters are now quite common, and how about carsharing? We’ve come a long way from carpooling with colleagues. There are now options abound. You can rent a car directly from someone in your neighbourhood; check if a total stranger is going the same way as you and share the costs for the ride (carpooling 2.0), or maybe decide to buy into a collective car ownership scheme.

Because indeed, why would you want to own a car if you only use it one day a week? This can be applied to many products – and continues to challenge our mindset around ownership, as well as waste.

Essentially, the sharing economy, also known as collaborative economy, allows us to make the most of our resources, especially when they are not being used. This can be managed by a business, or organized peer 2 peer.

Have some food left in the fridge, or you cooked too much? Then why not just share and give it to your neighbours? And imagine fashion with the intention of wearing and sharing, rather than adding another cheap t-shirt you’ll only wear a few times to an already packed closet.

Sharing has the potential to promote the needed shifts in collective consumption behaviour, but it requires good governance models and stakeholder collaboration. To prevent unintended consequences, we need to look at the full system and behaviour it incentives, and of course, sustainability should be at the core of these models.

Whether it’s leasing, sharing, swapping or upcycling; the expression “one man’s waste is another man’s treasure” might never have been more valid.

This way of thinking, combined with understanding of the entire product life cycle from production to end-of-life can spark lots of ideas across the entire supply chain (or value chain) for innovation, product design and new business models. And we’re happy to help you and your team discover and develop those, so if you’re curious – don’t hesitate to get in touch!